A few days after revealing the reissue of the Morelia Wave which highlighted an emblematic technology of the brand, Mizuno presents all of its silos in a new color within the Next Wave pack.

Unable to fight against the production force and the popularity of the behemoths Nike, adidas or even Puma, the Japanese equipment manufacturer uses other resources to put itself in the spotlight. Present on the feet of only 1.2% of players in the 5 major European leagues according to a FootballBootsDB study, Mizuno nevertheless provides high quality shoes, and this is precisely what is highlighted in the Next Wave pack. 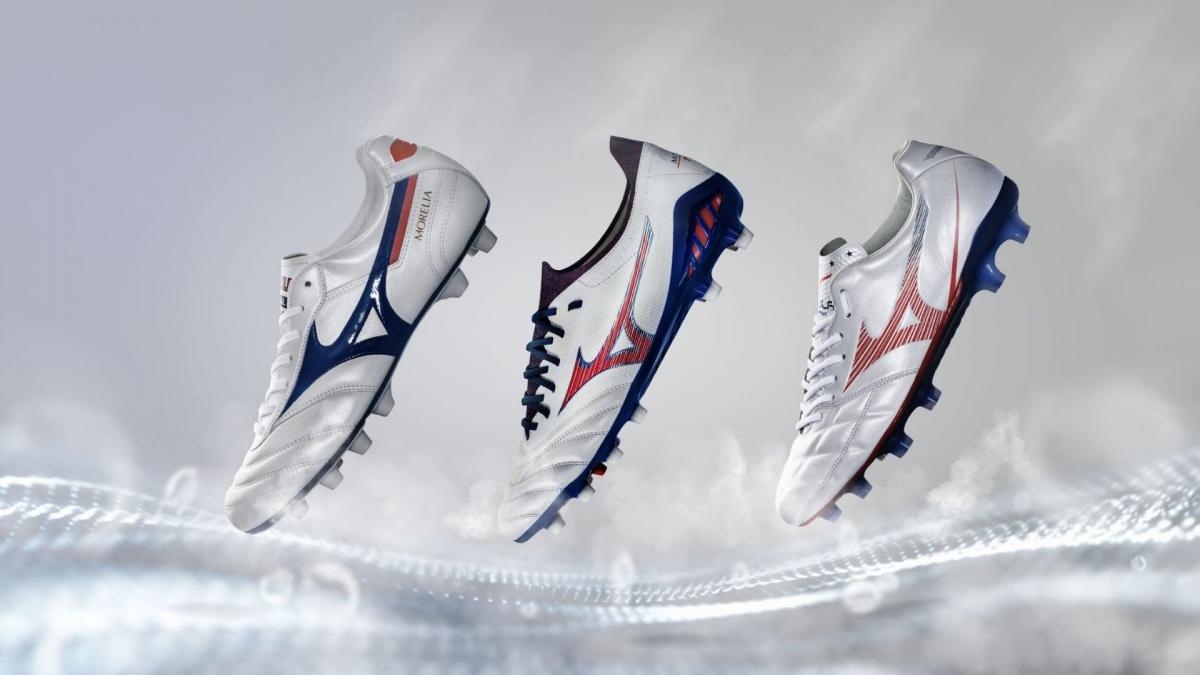 In a search for a balance between tradition and modernity, the Japanese brand presents three silos with very different characteristics in a fairly classic white, red and blue color. No new technology is to report within this pack where we therefore find, in the purest tradition of Mizuno, the Morelia Neo II which is handcrafted from the kangaroo leather that we found on football boots of yesteryear, just like the folding tongue. The Morelia Neo III and the Rebula Cup also feature high quality leather uppers but this time the leather has been modernized to become lighter and softer in order to offer more comfort.

These new colors will not be very present on football fields, but Yuri Zhirkov could still wear the new Morelia Neo II. The Russian international is indeed a great follower of this silo and will above all be the only player wearing Mizuno during the Euro but while waiting to know which pair of crampons the 37-year-old defender will wear, the Next Wave pack is already available. at some resellers like Pro Direct Soccer.